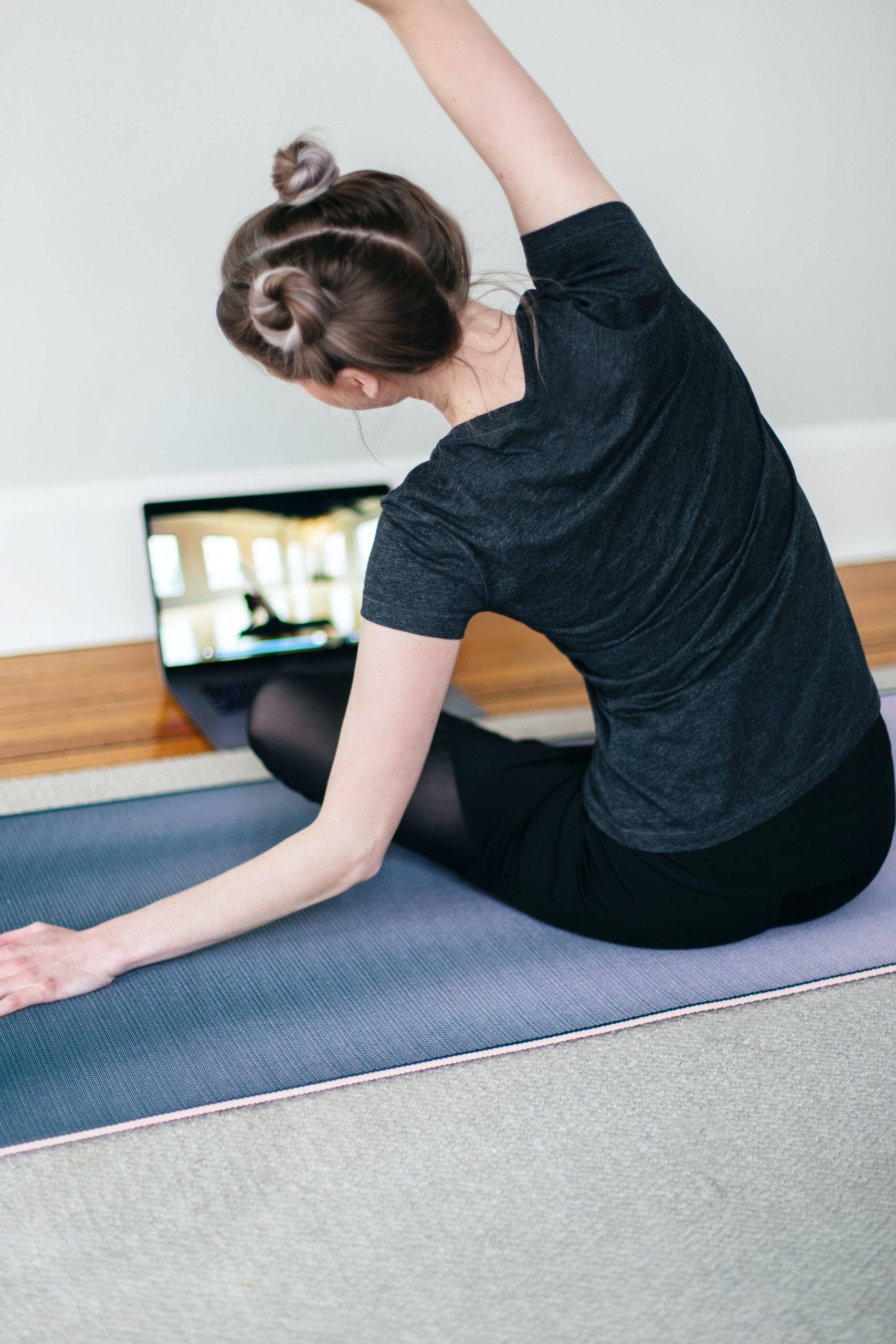 Yoga seems to be everywhere. Maybe it is. Or maybe I’m living in a social media filter bubble where everything is… yoga!

Still,  yoga has become so prevalent in our society, that the world seems now divided between those who do yoga… and those who don’t.

When I first started practising, back in the late 90s, it was not a weird thing to do; but not mainstream either. Ok, maybe it was a bit weird. I grew up in a hippy accepting environment (I grew up in Ibiza) and I was working in an artistic, creative background (theatre)… So yoga was ok, although not the normal thing to do. 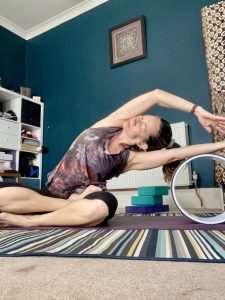 At the wheel of my own practice!

Since then my practice has changed quite a bit, to what I practice today, and I’m sure it’ll continue changing. The Hatha classes I went to were 90 minutes long, and always had the same or similar structure and poses. Always would include pranayama and chanting, and barely any props. Now, I love the variety of a creative flow.

And I love working with props!

Back then, I didn’t even know there were different types of yoga. I would just go to a class, and that was it, that was yoga.

I learned to do the Hatha classic Sun Salutation (Surya Namaskara) and because I had a very irregular life (as a freelance actress, I either had not time or no money to go to a class) that was the whole of my home practice! At times, helped by a tiny pocket book I bought in WH Smith with descriptions of poses.

Actually, I didn’t even considered it a ‘practice’, it was just something I did because it gave me a structure, a discipline and it was a type of ‘exercise’ that didn’t make me sweat!!

My story differs from that of many yoga teachers in that I was’t into gymnastics, or acrobatics (gosh, I’m still terrified of being upside down) or even just exercise!

I hated exercising, and gyms, and running, and anything that was too arduous. I actually got into yoga BECAUSE I didn’t like exercise.

Many times, I wished my parents took me to ballet classes as a child, but they never did, so I don’t even have a dance background, like many other teachers.

But yoga didn’t feel like exercise (because it isn’t!), at least not like the kind of exercise I was familiar with.  I enjoyed my daily Sun Salutations and soon I noticed their effect in my body… without having to work hard… Bingo! I discovered that I could gain strength and flexibility without the drills, the  shouts and pushing my body; and more importantly, without feeling awkward around others for not being ‘athletic’.

I loved how after a class in a studio with a teacher I seemed to walk out taller and with a better posture. And calmer and happier. Still, I didn’t commit to regular classes.

As a freelancer, my schedule was all over the place,  and my work was never in the same location… that was my excuse. 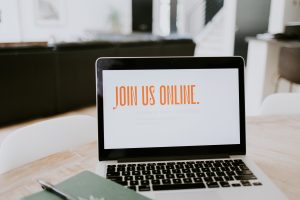 Photo by Samantha Borges on Unsplash

I think that without online yoga I would not be a teacher today. It helped me develop my practice and get over a lot of my blockages.

Being able to take a class at any time that suited me, being able to search for what I wanted, being able to do yoga in my pyjamas, being able to do it in the comfort of my home, not to have to leave the house to go to a class… and I could do it away from the (perceived) judgement of others for not being ‘good at it’ or athletic!

The only thing missing from a You Tube practice was the connection with the teacher, with a community, the personalised attention… and the accountability! Every time I signed up to a class, it was like I had signed a little contract with myself… and when I took that class in a studio I worded harder, and I was more focused, and sometimes I even learned something new.

That feeling of ‘being taller and with a better posture’ was enhanced by the group environment and the presence of a caring teacher.

There’s something about the group energy that it’s difficult to replace. Right?Wrong! enter Zoom and the LIVE online classes revolution…!

Yoga online is not new, before COVID-19 there was already a lot of yoga online… but not so much  as there is now, when most yoga teachers had to adapt to new circumstances. And most of it was pre-recorded. Yes, there were yoga teachers already doing online live classes, mainly privates and one-to-one classes via Skype.

But now… this is the new normal. It’s become accepted by most people that our lives will remain online from now on, even if we go back to ‘normal’. In fact, even if we are slowly, slowly allowed to go back to the studios, many of the yoga teachers I know have decided to keep their online classes going.

I don’t know if you’ve tried a live class online yet, but if you are reticent to try yoga online, this might change your mind.

When I finally tried it, it was magic.

It was the best of both worlds. I could still practice at home in my pyjamas if I wanted, but I was being guided by a teacher that could see me (if I chose to keep my camera on) and talk to me. And there was other people there with me. Sometimes people I knew, sometimes people from other parts of the world!

It was always my intention to have a ‘mobile’ business, and do more yoga online. Now that I have been doing it for a few months, I am sure this is the way forward for me.

Now the world is divided into those who practice yoga… online, and those who don’t. Which one are you? 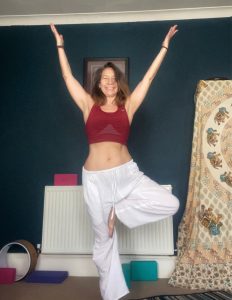 To find online yoga live classes with me, you can go directly to my website. Check out my schedule and how to reserve your place in a live class

Find out about joining The Om Institute, an online studio where I teach live and where you can find many other teachers, a community, courses, and more! Click here.