What are the real benefits of yoga? 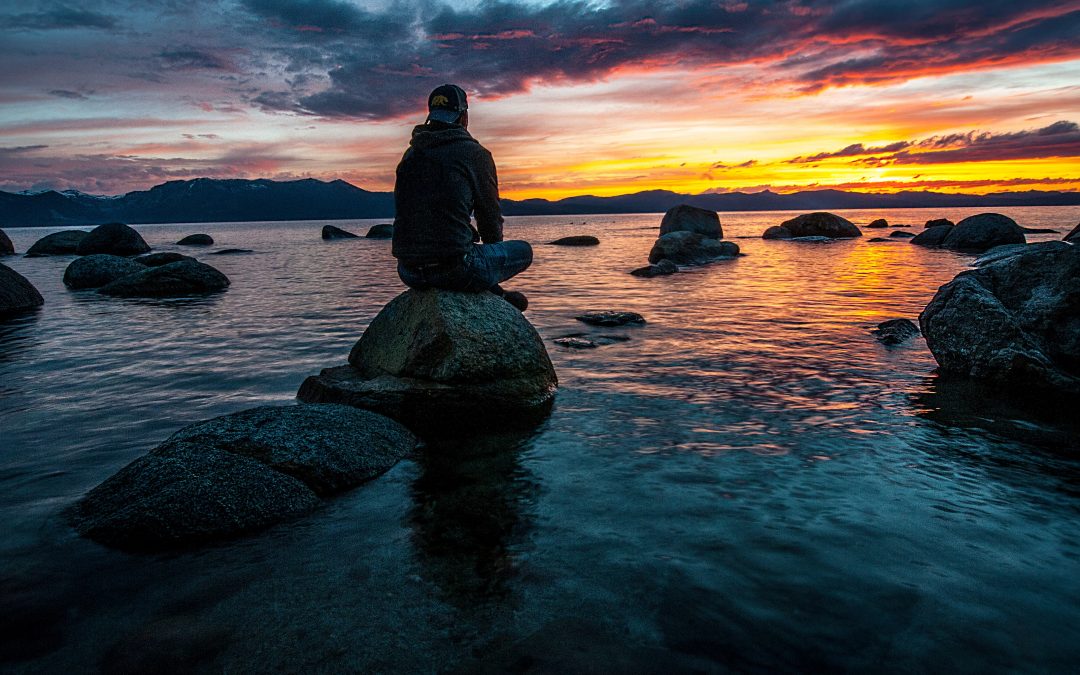 What if I tell you that a strong and flexible body might only be a secondary effect?

There are different ways to practice yoga, different styles, different schools. It means different things to different people. But let’s face it, especially in the west, most people are introduced to yoga through the physical part, the asanas.

And for some, that’s more than enough. Many don’t want to know about chanting, breathing practices, mantras or even meditation. But even if they only engage in the physical aspect, they are still reaping more benefits than just a toned and flexible body.

If we are to really benefit from a yoga practice, it has to expand beyond the mat and into life. When this happens, it’s not just our bodies that get stretched, expanded and strengthened, but also our minds and souls. Then, even contemplating the horizon can be yoga.

So, what is yoga for exactly?

Yoga is concerned with the pursuit of freedom.

Freedom from the human condition, from our suffering, which the Buddha said was due to our attachments.

And finally, realising our True Self and being re-united with the universal consciousness.

But if you are looking for more immediate benefits, maybe to become a bit healthier, that may feel too ‘new agey’, or too much. I hear you. I used to be there. Tiny steps.

But in practising a system that is concerned with getting to know ourselves, in order to know our true self, we are also starting to unravel very important therapeutic mental health benefits.

Image by Keegan Houser via Pexels

In fact, Yoga is no longer considered an “alternative” approach to improving well-being—in recent years, it’s gained a scientific following, and has extensive research behind it to support its benefits. And most of those benefits that have been tested aren’t just physical.

What are some of these mental health benefits then?

Let me share with you a personal story. Recently I was mugged.

My phone, a brand new iPhone 11 (usually I buy second hand or refurbished) was snatched out of my very own hands. Yep. Not good. And no insurance. I had my bank card and other things stuffed in the phone’s wallet too… so as you may imagine, all very frustrating.

It took me a while to get over it, and even had flashbacks for a few days. The mugging wasn’t violent, just surprising, annoying, and unfair! It’s been a couple of weeks now, and I’m not having any more flashbacks, so you could say that ‘I’m over it’ (except for the hole left in my bank account, no sign that it ever happened).

Overall, I think I reacted pretty well, without unnecessary drama or stress. I managed to keep calm and put it into perspective: nothing happened to me personally and there were other things more important going on at that time. I did experience PTSD symptoms for a few days, but soon it was over.

And somehow I never felt anger towards the mugger. Or anxiety about the loss, or what I had to do next. It was what it was.

Of course, I still had to go through all the feelings but perhaps I went through them with more ease.

“Yoga is not about touching your toes. It is what you learn on the way down.“

I’ve seen this quote many times (attributed to different people), but it never failes to make me go: ‘A-HA!’

I’ve been saying for a long time, “yoga and meditation work!” almost as a joke to some of my friends, especially when talking about reacting to unexpected or unpleasant situations. And although this is just my experience… well, it does work! I definitely think that my yoga practice was a major contributing factor to my reaction to the mugging and the days after.

A regular yoga or meditation practice is a powerful tool in regulating emotions and cultivating a better understanding of ourselves and our choices.

Of course, even yoga teachers (gasp), suffer extreme emotions, anger, even rage, sadness, grief, etc. But perhaps, with time, we became a bit better at not being dominated by those emotions.

But don’t take just my word for it. There’s a body of scientific evidence linking yoga practices to an increase of HRV (Heart Rate Variability), which calms our autonomic nervous system, where the body stores trauma, and regulate our emotions.

An article from Psychology Today states:

“Decreased HRV is correlated with negative affective states such as anxiety, stress, PTSD, and anger. Individuals who suffer from depression, anxiety, flashbacks, and angry outbursts often have trouble regulating their emotions. People who have poorly regulated autonomic nervous systems can be thrown off balance easily both on a mental and physical level. Examples include being “set off” by a minor hassle, road rage, or crying in public when it isn’t warranted. By practising activities that increase your HRV—like yoga—you can help retrain your heart and physiology, which can lead to emotion regulation and a calmer state.”

Image by Carl Newton via Unsplash

According to the same article, these are some of the benefits we can expect from a yoga practice:

I am not saying that if you join a yoga class once a week, you’ll be free of anxiety or road rage immediately and forever. But we all have to start somewhere. Even if it’s just with a simple breath, one round of sun salutations, or chanting to Ganesha.

A consistent practice of course will help, as well as choosing a practice that is appropriate for you and for your circumstances. Mine has changed and evolved throughout the years and I’m expecting it to continue changing. In fact, it changes day to day!

What about you? How do you react to ‘stuff’ that goes wrong in your life? Do you usually over-react, or re-play things over and over in your mind, or are you uber chill? Whatever your usual reactions are, we can all work on our emotional responses. In fact, it’s an ongoing task. So, why not give yoga a try?

Find a teacher, or multiple teachers, that you resonate with, that have a knowledge of the deeper benefits of yoga and that can guide you. Or someone that has been in your shoes and felt what you are feeling. Most yoga teachers also started somewhere.

Try different classes and don’t be put off by the super athletic ones or by the super gentle ones. Or try meditation, or a yoga philosophy class, or even chanting. There’s a yoga style for everyone and for every one of your moods and circumstances.

Montse uses yoga tools, meditation, inspiration and unconditional support to help all the quirky and unconventional individuals that want to walk their own journey confidently. Be your own template.